There are more than 37,00 endangered species threatened with extinction across the world. But have you ever looked into how many live in your area?

Two years ago, a group of students from Andover, Massachusetts learned that there were many endangered species—ranging from salamanders to mussels to plants—right in their hometown. They embarked on an awareness campaign as part of their Service Learning project for Destination Imagination.

“We wanted to do the Service Learning Challenge so we could make a difference,” the team said. “We were blown away to learn that there were 29 endangered species in our hometown of Andover. We couldn’t believe that we had learned of the importance of endangered species abroad in school but were never taught about the ones that live in our own backyards.”

Wanting to help educate their community members about the situation their ecosystems are facing, the students partnered with State Herpetologists, Andover’s Conservation Commission, town police, the Massachusetts Butterfly Club, and even officials in their state government to help spread awareness.

In February, the team hosted a public forum online, where they interviewed local wildlife and conservation experts and took questions from community members. 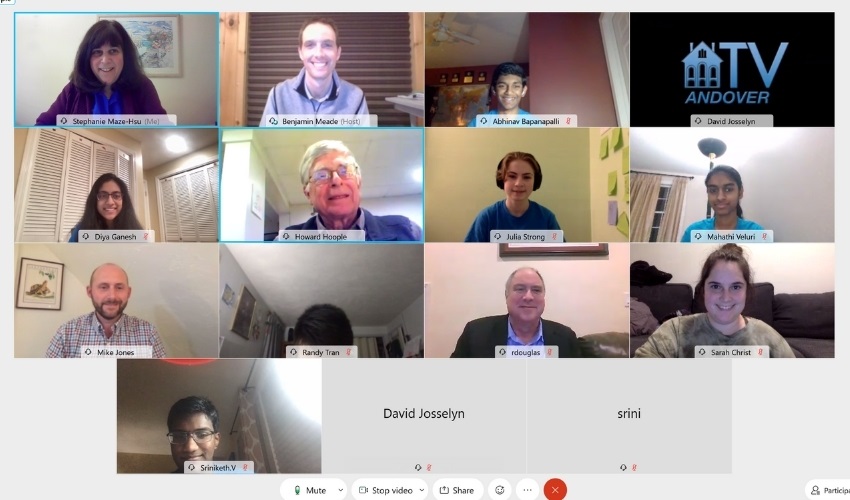 And though the pandemic certainly brought some challenges for the team this past year, Team Manager Stephanie Maze-Hsu believes those challenges have helped the students grow in many ways.

“Over the last year, they went from being kids who worked together on a project to a true TEAM,” said Stephanie Maze-Hsu. “They are a group of kids who push each other, support each other, and enjoy working together. They value the work they have done in raising awareness, the connections they made with their community partners, and really powerfully, the teamwork skills they have developed with each other.”

The students will have the opportunity to present their Service Learning project at Destination Imagination’s Global Finals tournament in June and hope it will inspire others to help preserve their local habits.

To learn more about the team’s project, visit www.andoveranimaladvocates.com.