As a drama teacher, I have spent years writing and editing plays for kids. I’ve also helped countless children write their own short plays. This can be extremely challenging. If you have tried to get your team members to write their own stories/scripts, they may have turned out something like this:

Once upon a time a llama rode his bike down the road and fell into a deep hole. A chipmunk was already in there and they decided to have breakfast, but the chipmunk didn’t have anything to eat so they decided to play video games instead. Chipmunk didn’t have Call of Duty, so llama had to play Fortnite, which he didn’t know anything about. Chipmunk tried to teach him, but Fortnite is a very fast game and llama kept getting confused. Finally, llama said it was going to get dark and he’d better get home, so he got back on his bike so that he could get home before his mom got mad. The end.

Alas, these are the delightful nonsensical ramblings of a child… but they do not make for great skits or plays. Please know that this is very common! Team Managers may feel frustrated by the quality of the original story that their team members came up with, but they may not know how to help without interfering.

Teaching team members about compelling story structure can help dramatically increase the quality of work from your team members.

Most Team Managers teach their team members that a story has:

But what does that mean? In the example above, the story had a beginning. “The llama rode his bike down the road.” It had a middle. “Chipmunk and llama played Fortnite.” And it had an end, “The llama headed home before dark.”

To a child, and even to an adult, this would make perfect sense. But the story is about as uninteresting as it can get. What’s missing?

Act One (Beginning)
A sympathetic character who wants something is introduced. But he/she faces an enormous problem.

Act Two (Middle)
The character continues to face larger obstacles in pursuit of his goal.

Act Three (End)
The character achieves his goal, but in so doing, he must summon his strength and even find hidden strengths he did not know he had.

Here is a simple rewrite of the opening story using elements of the classic three-act structure.

Once upon a time, there was a llama named “Larry” who was terribly shy. But he really wanted a friend. One day, he was riding his bike down the road, thinking, “Maybe I will make a friend today,” when he struck a pothole and was knocked off his bike. Along came a chipmunk who asked him if he needed help. But Larry was too embarrassed to say yes, or even hello. The chipmunk thought Larry was either rude or dull, so he left. As Larry got up to pick up his bike, a huge truck roared by and splashed mud puddle water all over Larry. A blue jay saw this and flew down. “That was awful! Would you like me to dry you off with my feathers?” Larry was so ashamed that he just turned red and couldn’t talk. So, the blue jay flew away. Larry was more depressed than ever, and his bike frame was bent, so he decided to just walk home. On the way, he saw the chipmunk. At first, he wanted to hide. But a voice inside told him to say hello. “Hi, my name is Larry. I’m sorry I didn’t say anything to you earlier. I was too embarrassed to talk to you.” “That’s okay, said the chipmunk. I used to feel the same way. But then, I learned that in order to have friends, you must be friendly. My name’s Chip. What’s yours?” So, Larry invited Chip over to his house where they snacked on grub worms and kale. You might think that’s gross. But friends like Larry and Chip think they’re delicious!

Okay, so it won’t win a Pulitzer, but you’ll agree that it is far more interesting than the first version. The story has a sympathetic character who faces obstacles and who must summon his courage to gain what he wants.

Make sure that if you are teaching “beginning, middle, and end” that you are including what should happen in each of those parts. Here is a set of fill-in-the-blank Story Outlines based on the three-act structure that can help your students craft better skits and plays!

About the Author: Janea Dahl is the author and creator of Drama Notebook, the world’s largest online resource for drama teachers. She spent a year working with DI teams locally, in Portland, Oregon, and she facilitated workshops for Team Managers at the Global Finals. You can find more inspiring drama games and activities at www.dramanotebook.com. 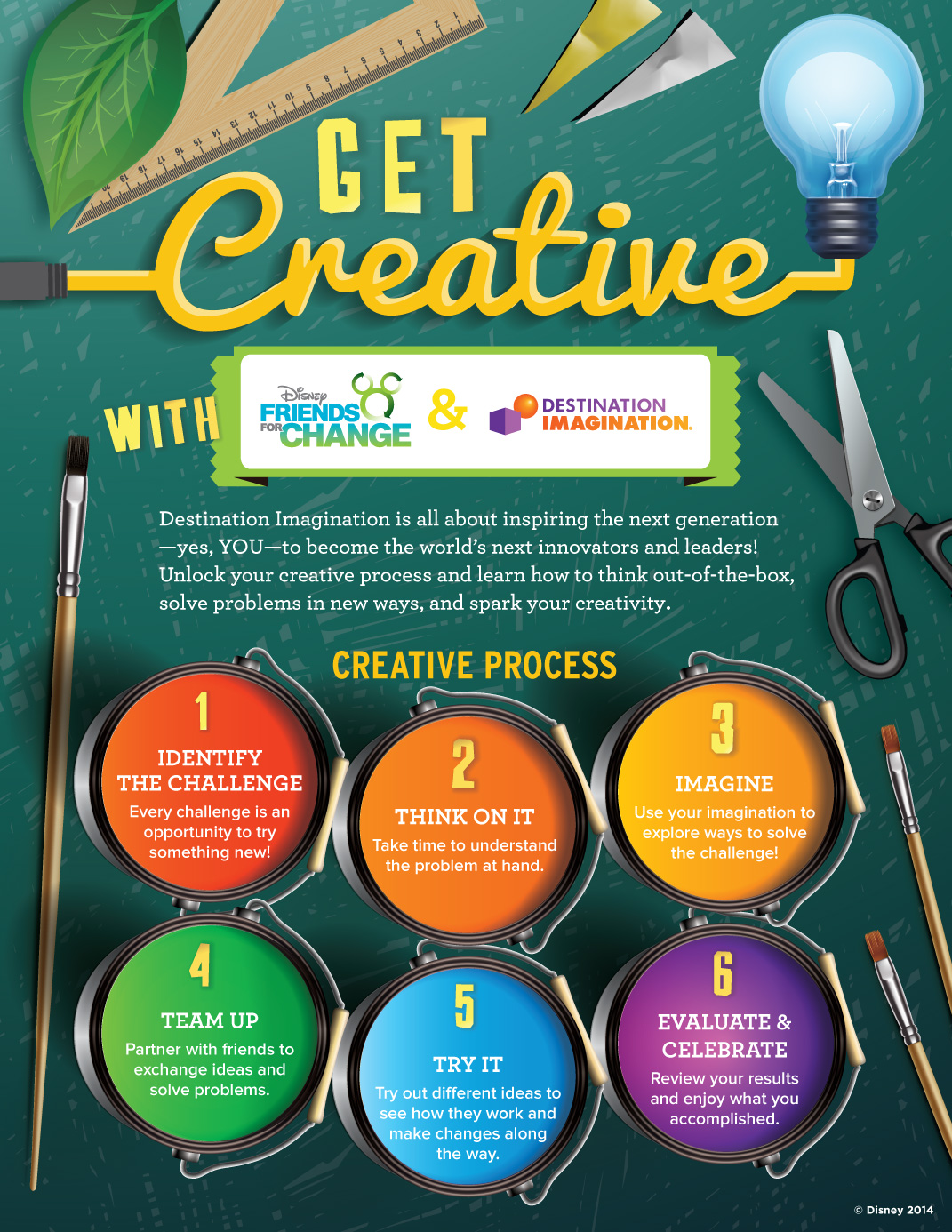 Virtual STEAM Challenge: Match Mine Plus Yours

The Store is currently only for Maryland DI Teams! Dismiss